What does the Catholic Church teach about rape?

What does the Catholic Church teach about rape?

The Catholic Church teaches that rape is always an intrinsically evil act. There is a note about rape in the Catechism. It reads:

2356 Rape is the forcible violation of the sexual intimacy of another person. It does injury to justice and charity. Rape deeply wounds the respect, freedom, and physical and moral integrity to which every person has a right. It causes grave damage that can mark the victim for life. It is always an intrinsically evil act. Graver still is the rape of children committed by parents (incest) or those responsible for the education of the children entrusted to them.

Some points to understand from this succinct paragraph are:

Rape dehumanizes the children of God 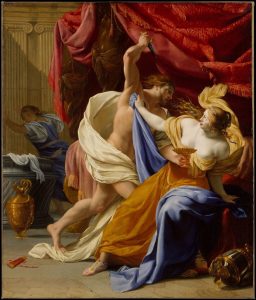 The Catechism also provides examples of circumstances in which, in addition to rape being a sin that seeks to dehumanize a child of God, it can also be a sin of betrayal. This list could include situations where a husband rapes his wife (yes, rape can and often does occur within marriages), or when a teacher, policeman, doctor, priest or anyone else in a position of power or authority abuses their position to sexually exploit the powerless. Most rapes are not perpetrated against victims by a stranger, but by someone that the victim knows and trusts. When this happens, the grave sin of betrayal is added to the sin of rape.

Rape is a sin against chastity

The Catechism goes on to say;

2337 Chastity means the successful integration of sexuality within the person and thus the inner unity of man in his bodily and spiritual being. Sexuality, in which man’s belonging to the bodily and biological world is expressed, becomes personal and truly human when it is integrated into the relationship of one person to another, in the complete and lifelong mutual gift of a man and a woman.

The sin of rape perverts the very purpose of sexuality. Instead of a free self-gift, it is an attempt to dominate and enslave by stealing the body of another human being, made in the image and likeness of God. It is diabolical in its warping of the purpose of the human body. To use a metaphor, a person who forces sexual intimacy is like an iconoclast who uses a statue of Mary to break the window of a Church. There is a double character to the sacrilege, for the rapist not only harms and violates the precious child of God, he debases his own body which was also created as a temple of the Holy Spirit. For this reason, the Church teaches, rape is a sin against chastity, against charity and also against justice. It continues,

2338 The chaste person maintains the integrity of the powers of life and love placed in him. This integrity ensures the unity of the person; it is opposed to any behavior that would impair it. It tolerates neither a double life nor duplicity in speech.

A corollary of this is that the rapist, the unchaste person who abuses his own body and violates another precious human being, destroys the integrity of his life, commanded and intended by God. And it is thus not surprising that rapists not only tolerate duplicity in their speech and life, but strive to maintain their power through lies, manipulation, and further abuses of power. From the Catechism, we can also deduce, that the chaste person does not employ jokes about the heinous crime of rape as an acceptable subject of mirth. There is nothing humorous about the trauma and violation of a temple of the Holy Spirit. From this we can also surmise that enablers of the sin of rape by negligence, deceit, willful omission or positive affirmation or tolerance of the crime, put themselves in grave spiritual danger and partake in victimizing the vulnerable. Any profit or power gained by enabling this foul exploitation of the vulnerable is likewise complicit in the sin.

Victim-blaming and rape apologetics are not Church condoned

Nowhere in the Catechism does it say that the victim has to be blameless or sinless in every aspect of his or her life in order to be sinned against in this grievous way. The Catechism does not mention hemlines, necklines, pantsuits or yoga pants, alcoholic intake, drug use, prior sexual activity, prior sexual relationships, romantic relationship to the rapist, dancing, music, social class, ethnicity, sexual orientation, size, or conventions of sexual attractiveness. The reason why the Church does not dwell upon or even bring up these things when discussing the sin of rape is because none of those things cause or have anything to do with the sin of rape itself. Victim-blaming and rape apologetics are not Church condoned pastimes.  The Church teaches that there is no justification for an intrinsically evil act. Minimizing the deed, gaslighting, or blaming the victim heap lies on top of betrayals on top of more injustice.

Holy Mother Church beseeches her loyal children to respond to sins against justice, with justice; to those who have endured offenses against charity, with charity, and to those who have suffered insult to their chastity, with chastity. God strengthen us that we may answer this call. Mary, comforter of the afflicted, intercede for us.