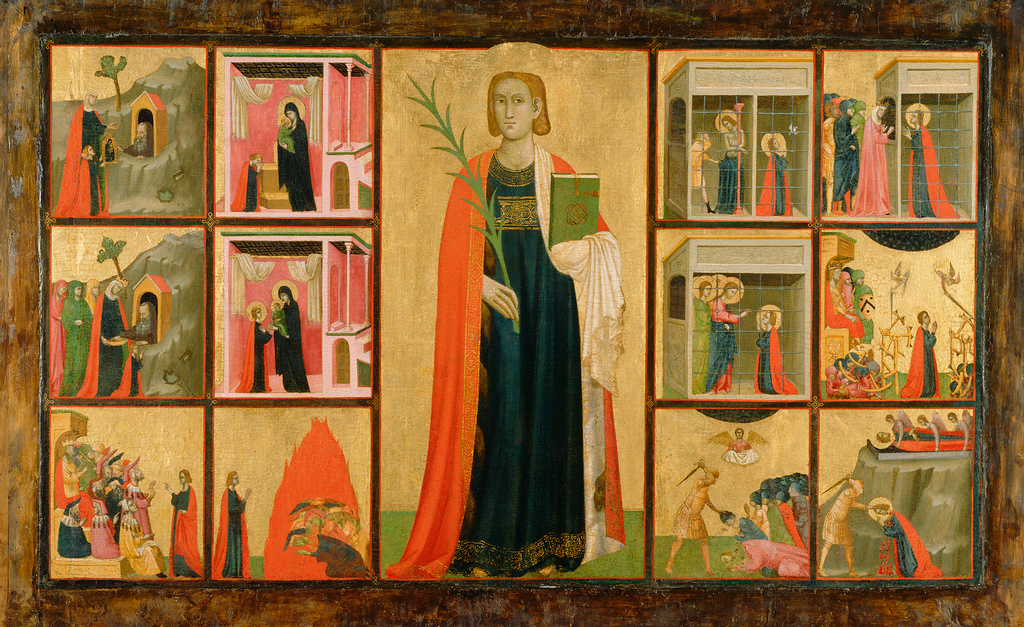 When I was a cantor, I loved when we sang the Quaker hymn “How Can I Keep from Singing?”

No storm can shake my inmost calm
While to that rock I’m clinging.

I would sing those words and hope to someday experience unshakable inner calm. On November 25, we celebrate the feast day of Saint Catherine of Alexandria, a 4th-century martyr who maintained extraordinary peace and inner calm while imprisoned in a dungeon before her execution. 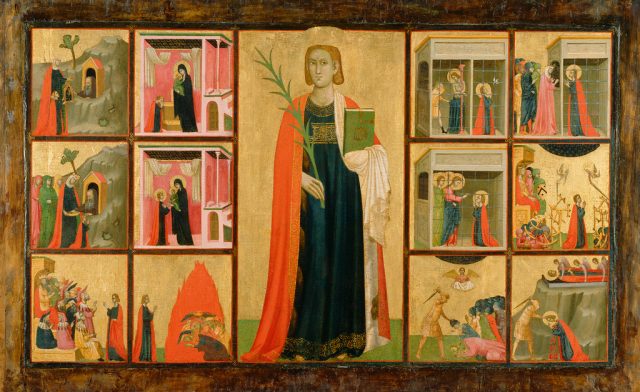 “One of the most destructive experiences for the human psyche is invisibility,” writes Greek Orthodox psychologist Kyriaki Karidoyanes FitzGerald in a reflection on Saint Catherine, likening it to “personal annihilation”.1 Catherine knew who she was in Christ, and this is what gave her peace. She did not need the approval of others because she knew that “her dignity, self-esteem, and authentic personal identity rested only in God”.2

What though the tempest ‘round me roar,
I hear the truth, it liveth.

Saint Catherine could remember and hear the truth of who she was because of her deep relationship with God. But what if the abused person is a child whose sense of God, him/herself, and the world are not yet fully formed? How can they remember and hear the truth that they are a beloved child of God, when their formative experiences told them otherwise? And what if this person finally speaks up, only to be accused of lying because they are now mentally ill as a result of the trauma? Abuse is enough of a betrayal without the added devastation of not being believed. It takes divine grace for someone to trust that God sees them – the survivor – and knows they are telling the truth, when the rest of the world dismisses them and accuses them of lying. My best friend is a case manager at a community mental health agency and many of the people she works with have experienced sexual violence. She told me, “I see this all the time. It’s devastating. Offenders always blame the victim, and that’s how they get away with it.”

Devastating. Annihilation. Violent words from the Latin devastare, “to lay waste completely”, and nihil, “nothing”. To destroy and reduce to nothing a human being made in the image of God. I know from experience how hard that is to face. Even though Jesus reminded me that he had also been betrayed, it took a lot of time and effort before I felt anything resembling peace. It was helpful to focus on the support of those who did believe me, and to meditate on Pope St. John Paul II’s words: “no suffering is in vain”. I read about Saint Catherine, condemned to the prison yet “held tenderly in [God’s] Presence”.3 Why was I surprised that no one could destroy this woman who was so close to God? After all, this is how my favourite hymn ends:

Since love is Lord of heaven and earth,
How can I keep from singing?

This post was originally published as a slightly different version in the Nov/Dec 2018 issue of The Annals of Saint Anne. It is republished here with permission.