Saints for a #MeToo Era

Saints for a #MeToo Era 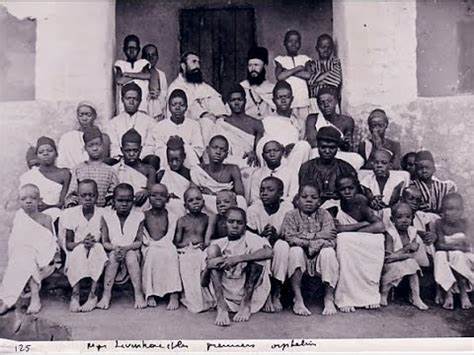 Many rape survivors have heard Maria Goretti’s story and come away feeling like the Church thinks they’re better off dead. Why doesn’t the Church talk about the bravery of those men and women who suffered rape and abuse and were canonized for the feats they accomplished despite it all? It’s easy to think that in over 2000 years of Church history, we just don’t have any such saints — but you’d be wrong.

We are the sons and daughters of a God made entirely of love and mercy. Never let anyone say you deserve anything less than all the dignity and worth that constitutes, regardless of what you have suffered and endured.

Little is known about this 10th century saint, known as Wulfrida, Wilfrida, and Wulfthryth. She died in 988 and was the mother of St. Edith of Wilton. History says that Wulfrida was ‘carried off’ from Wilton Abbey by King Edgar of England and brought to a one of his nearby estates, where she later gave birth to Edith.

Except that being “carried off” in the 10th century translates to “kidnapped and raped.” Edgar did not marry Wulfrida, and a year after Edith’s birth, both mother and daughter returned to Wilton Abbey. Other accounts describe this as their escape from Edgar.

Monastic texts tell us that Edgar’s penance for his crime was to not wear his crown for seven years. Other histories give a defense to the tradition of “bride abductions” which would have been more for show than actual force. However, if Wulfrida was truly abducted for show, Edgar would have married her, would have no need to do a seven year penance, and Wulfrida wouldn’t have had to run away. All of this points to the truth: that she was kidnapped, raped, and escaped her captor and king, in order to return to the monastic life she truly desired.

Agatha is considered one of the virgin martyrs, but this is another questionable decision on the early church’s part or a fault in how we use certain words. Born in Sicily in the 3rd century, Agatha did consecrate her virginity and life to God as a symbol of her devotion during a time when Christianity was illegal in the Roman Empire. However, a Roman judge named Quintianus desired Agatha for himself. When she refused to marry him and refused to denounce her Christian faith, he had her imprisoned in a brothel.

Agatha spent one month within the brothel, enduring repeated rapes and sexual abuse. When that didn’t change her mind, she was sent to prison, then tortured, ultimately having her breasts cut off. She was returned to prison without medical care. Later, she was tortured again by being stripped naked and rolled over hot coals mixed with glass shards.

Why is she referred to as a virgin martyr if she was, in fact, not a virgin? Some accounts say that God restored Agatha’s virginity after every assault in the brothel. However, as Thomas Aquinas and Augustine tell us, virginity cannot be lost unless it is intentionally given, since virginity is a mindset rather than a physical state. Perhaps it’s time that the Church clarifies this point for those who glorify purity culture. Virginity is not something that can be taken, only given away when someone freely unites themselves to another person with mutual consent.

Josephine Bakhita was born in the Sudan to a happy family in the 19th century. When she was around 8 years old, she was kidnapped by Arab slavers and forced to walk 600 miles, barefoot. For the next 12 years of her life, she would be bought and sold numerous times until she forgot her original name. Bakhita was the Arabic name she was given by her captors and Josephine was the name she chose upon her baptism.

As a slave, Bakhita endured immense physical abuse. She had over 100 scars across her breasts, stomach, and arms. While she never detailed any sexual abuse, such violence was frequently experienced by slaves. And yet Bakhita said that if she ever met her captors, she would kneel before them and kiss their hands because without them, she would never have found Christ or religious life. Her display of faith and forgiveness despite slavery, beatings, and rape is what makes her a remarkable saint.

Charles is a 19th century Ugandan convert and martyr who served as a page and major-domo in the court of King Mwanga II, a ritual pedophile of Buganda. Mwanga would sexually prey upon his pages, who were both men and young boys. While his story is commonly framed in the context of protecting the pages from the teenage king, many forget that Charles and his companions also undoubtedly experienced rape as well. Most of the pages only began to actively resist once they converted to Christianity around 1885. Since Mwanga became king in 1884, and likely preyed upon the pages prior to his ascension, the abuse must have carried on for several years.

As Charles and his fellow pages increasingly resisted, citing their faith, Mwanga grew more angry. Eventually, he ordered them to choose between him and their God. All but three pages chose God, and they were marched to Namugongo Hill to be burned alive.

When they were executed in 1886, Charles was 25 years old. His youngest companion, St. Kizito, was only 14.

Charles and the Ugandan Martyrs’ feast day is June 3. Martyrs Day is celebrated as a national holiday in Uganda.

Also known as Thaney, Teneu was a 6th century Scottish princess and mother of St. Kentigern, who was conceived during her rape. She is considered Scotland’s first recorded rape victim, battered woman, and single mother.

A Welsh prince named Owain disguised himself as a woman in order to get close to and rape Teneu. He defended himself to her by saying, “Weep not, my sister, for I have not known thee as a man is used to know a virgin. Am I not a woman like thyself?” Given the lack of resources regarding sexual education and anatomical education, Teneu was understandably ignorant of intercourse and didn’t understand what had happened to her.

When it was discovered that she was pregnant, her angry father ordered Teneu to be hurled from a cliff. Miraculously, Teneu survived and traveled across the Firth of Forth to Culross, Scotland, where she was given shelter at the Community of St. Serf. It was there that she gave birth to her son, who would be affectionately called Mungo. St. Mungo later founded the city of Glasgow, where he and his mother are still venerated as the city’s patron saints.

They refused to abandon the men who needed them, even as the area swarmed with enemy soldiers. After being assaulted and raped, all three women were shot, as were all of their patients.

These Servants of God are remembered on the anniversary of their martyrdom, October 28.

Saints are people. They are humans who lived in a human world, surrounded by virtue and vice like the rest of us. Some saints did terrible things before they changed their lives around, others had terrible things done to them. Some saints were raped — and that’s ok. Being raped is not a sin. It is not a black mark on our souls. The obsession with purity and chastity culture, along with flawed interpretations of Catholic theology, have conveyed the wrong message when it comes to survivors of rape or attempted rape.

We are the sons and daughters of a God made entirely of love and mercy. Never let anyone say you deserve anything less than all the dignity and worth that constitutes, regardless of what you have suffered and endured. If you want to turn to the lives of the saints for solace or inspiration, know you have options besides Maria Goretti.