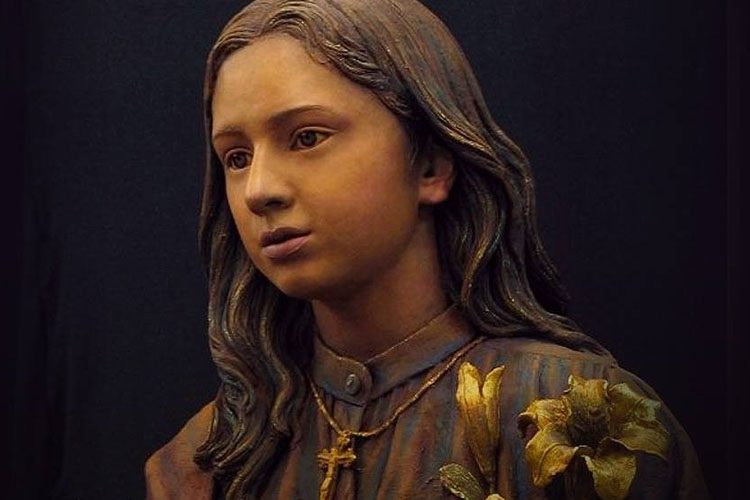 Maria Goretti is a controversial saint.

When I learned this recently, it honestly shocked me.  Since childhood, Maria has been close to my heart. I took her as my own and, upon confirmation, made it official.  When I was thirteen, a lovely, holy woman, who was a longtime family friend, gifted me with a carved wooden statue of Maria, along with a first class relic and paperwork from the Vatican.  When I was raped at the age of nineteen, I begged to be able to find the forgiveness she displayed towards her abuser. I remember sobbing for her to put her arms around me and help me.

And then, I discovered that many of my Catholic brothers and sisters learned a different story of Maria, a story where physical virginity was given a higher value than life.  They learned that Maria was a saint and a role model because she chose death over sin, and that it was better to die for God than be raped. 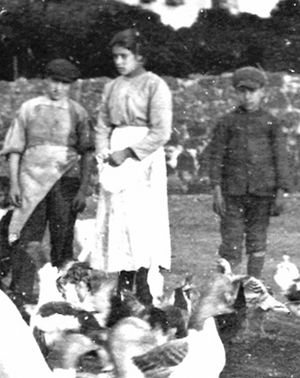 On her feast day of July 6, Catholic News Agency released an informational post stating, “Maria Goretti is best known for her commitment to purity and the courageous defense of her faith at the young age of eleven that made her willing to undergo death rather than participate in a sin against God.”

It may not make sense to many people, but it feels as if my beloved Maria Goretti has been stolen, and an impostor left in her place.

Maria refused to participate in sins against God during all the previous advances that her attempted rapist, Alessandro Serenelli, made towards her.  When he was captured, Alessandro admitted he had tried to get Maria into bed many times before that, and he had also attempted to rape her once before.  She endured God only knows how many incidents of sexual harassment and attempted assault prior to her murder.  On the days that she refused his advances, she refused sin.  On the fatal day that Alessandro locked young Maria in a room and attempted to force himself on her yet again, that was not a sin for Maria.  Maria had been sexually harassed and refused to submit to sin, but when she was a victim of attempted rape, that was not a sin against chastity on her part.  The sin was Alessandro’s, and Maria did not want him to go to hell, despite all he had done to her.  That is why she told him repeatedly, “it is a sin.”

Let’s be clear: even if Maria had given in to Alessandro’s threats, it still would not have been her sin.

Maria did not die because she would not commit a sin with Alessandro.  She did not die to protect her virginity or her hymen. Maria died because her attempted rapist stabbed her multiple times. 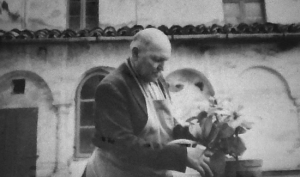 I hope I have repeated this enough times:  Maria is not a saint because she “chose” virginity.  She is a saint because she chose to forgive her abuser and murderer.  And her forgiveness did not absolve him of the need to make reparations, which is what I believe Alessandro tried to do.  He carried out his 30 year sentence, he apologized to Maria’s mother, and he spent his remaining years working in a monastery as a gardener.

As a further note, even if Maria was raped — she would still be a virgin. And that is according to church teaching.

The story of Maria Goretti is one of a little girl who displayed superhuman, Christ-like forgiveness (to a degree which most adults could not have done). And yet, the toxic purity culture that can be found within religious communities collided with Maria at some point and her tale of mercy and bravery has been reduced down to a physical trait that ultimately has no meaning.  The same toxic purity culture that stole Maria also urges victims of sexual violence to go to confession — even though they have not broken any commandment or rule, and committed no sin. Her story has been desecrated and defiled and she deserves better. We, as survivors, deserve better.

Someday, I hope someone with the time, money, and skills necessary is able to go to Italy and set Maria’s story to rights, once and for all.  I understand that she has been turned into a traumatizing representative for many Catholic women. But I’m not going to give up until she has been reclaimed by those who need her, from those who would use her story to humiliate and shame victims and survivors.

St. Maria Goretti, model of mercy and forgiveness, pray for us.