Consent matters and so does teaching it

Consent matters and so does teaching it 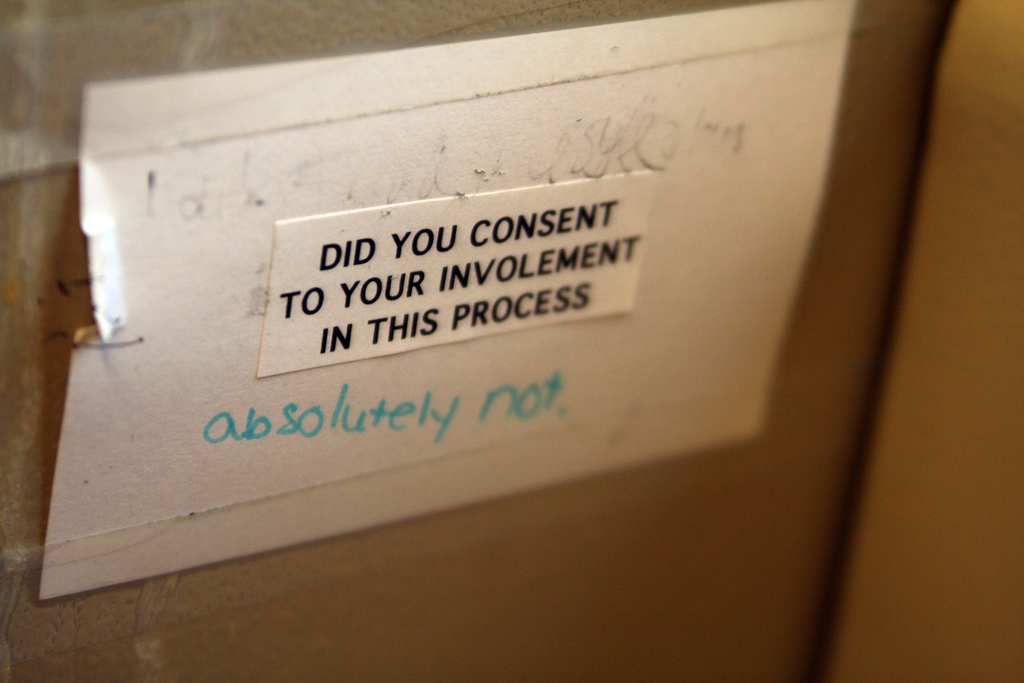 Why do we have to teach consent?

Because for a decent portion of the population, consent is a ridiculously foreign concept; while others may dismiss the notion of consent education as being “plain common sense”, it is a waste of resources to teach it explicitly.

There can also be a concern for parents about the sexual aspect of the consent conversation and whether this is an age-appropriate topic for their children. After all, consent in a sexual context has been a constant hot-button topic the past few years, between Weinstein and R. Kelly. Yet while consent is frequently thrown about in sex-related conversations, it isn’t an inherently sexual concept.

Consent is simply about setting your own boundaries and respecting the boundaries of others. We don’t need complicated contracts or apps to ensure consent; we need a revolution within our culture itself.

I preferred to do nothing without your consent, in order that your good deed might be voluntary and not something forced.” -Philemon 1:14

What is a boundary?

A physical, mental or emotional limit that is:

Boundaries shift and change depending on who you’re with or where you are. They are many kinds of boundaries besides sexual. There are personal, cultural, religious, legal and familial boundaries. It might be fine for you to chew gum around your friend, but not in your grandmother’s house, and not going up into line for Holy Communion. Not because there is anything inherently or absolutely wrong with gum, but because Grandma and the Church have communicated boundaries to be respected within that context, they won’t allow it. We want our boundaries to be respected and we should respect the boundaries of others. This is done through an understanding of the concept of consent.

Many people have written about consent and this video also explains consent in very easy and simplified terms using tea, far better than I can.

Now it’s time to discuss why we must teach consent (and how simple it can be).

It starts when you’re young

If little Harry doesn’t want to give his grandmother a hug goodbye, don’t make him. That way, he learns early that his body belongs to him and that no one can (or should) force him to do something that makes him feel uncomfortable. “Why can’t we force Harry to hug grandma?” Because affection is not something that should be forced and not everyone likes hugs. “Why shouldn’t Harry want to hug grandma?” Perhaps he has sensory issues or social anxiety, or he doesn’t like her perfume. What is important is that Harry does not want to and does not feel comfortable doing it. “But shouldn’t you teach children that they need to be affectionate to their grandparents?” We are teaching the wrong lesson if we do so by forcing physical displays of affection.

Dangerous lessons about disregarding consent start early: “Go kiss your relative.” “Go hug your friend.” “Go dance with that nice young man.” Do these things even though you don’t want to, because we have to be nice, we have to be polite. But if we do not learn to respect our own autonomy, how will we be expected to respect the autonomy of others?

It’s only a kiss.

No. It is a free human being.

Consent is about human dignity and free will. That is why we also discuss consent when talking about spiritual abuse, emotional abuse, verbal abuse, financial abuse. All of these ways of violating a human person are predicated upon the fallacy that this person’s desires, safety and freedom do not matter because of a rationalized factor. Ignoring consent, even in small matters, ultimately contributes to the greater problems of rape culture. It contributes to people viewing their autonomy as lesser, compared to the wants of others who are older or in a position of power and authority.

After that ad was placed in a paper in 1976, the research student who posted it received almost 200 phone calls, but very few of those men actually admitted to rape.

No one imagines they are the ‘bad guy.’ They do not seize the day with the knowledge that they are the villain in someone else’s story.  Problematic actions are reasoned away. She’s my girlfriend. She’s my wife. I have a right. She’s asking for it.

Rapists don’t often admit they raped anyone. They equivocate, force false distinctions or they give themselves away without realizing that they have. They’ll acknowledge a lack of consent, perhaps, but that’s not ‘real’ rape, not to them. They will acknowledge pushing a bit too far.  In the case of Brock Turner, they come up with terms like “outercourse” as proof that they “didn’t intend to rape anyone”. Because the nature of their crime in their minds is not determined by the fact that the victim did not want it, but based upon their level of comfort with what they did.

And these rationalizations aren’t limited to perpetrators.  Victims can start to rationalize their attackers actions and blame themselves for similar reasons: I deserved it. I upset him. I shouldn’t have been drinking. I should have known better. I got into a bad relationship. He couldn’t help it.

Consent sounds like common sense, but sexual situations are complicated. No one ever thinks they’re the bad guy, and no one wants to think they’re a victim. That is why consent education is so essential in the fight to eradicate rape culture.

Consent education provides people with a toolbox of definitions to increase awareness, whether they find themselves in a bad situation or whether someone they know has been in one.  Consent matters, because understanding the inalienable rights of human beings to their own bodies and autonomy matters. And what matters even more than simply understanding consent as an intellectual concept is living in a way that demonstrates a commitment to respecting the boundaries of yourself and others. This is how we change the culture..